In 1960, designing the Cassina shop at Via del Babbuino in Rome, Ico Parisi had available a space with an extremely elongated form, positioned in one of the most elegant neighborhoods of the city.
The corridor was enlivened by a series of floors at different levels, culminating in an octagonal glass greenhouse which welcomes a small garden with a magnolia plant and a sculpture by Fausto Melotti inside.
Around the transparent greenhouse there was a monumental rosewood staircase that connected the various floors, created by the Brugnoli Mobili, company founded in Cantù in 1949 by Gianpaolo, called "Spartaco". 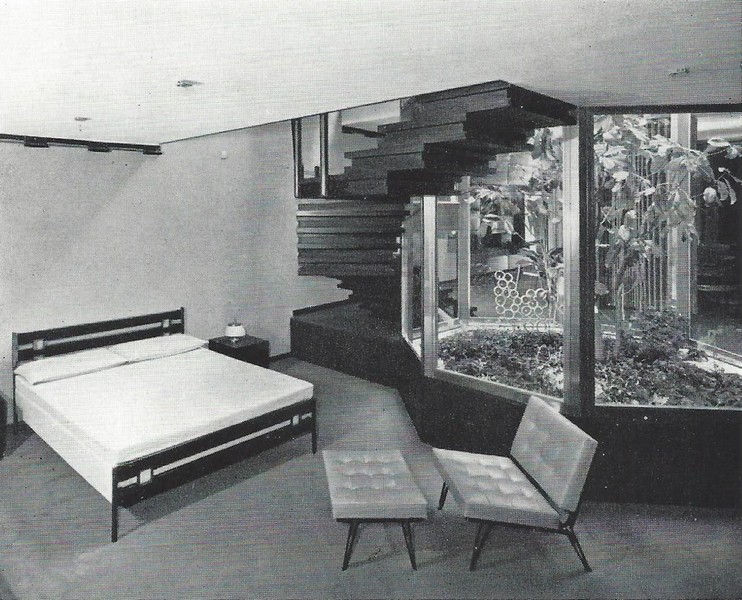 Curiously, also the wooden double bed with tubular structure and square frames in bronzed brass is realised by Brugnoli Mobili on design by Ico Parisi, which appears on the side of the glass greenhouse, together with a pair of bedside tables.
This testifies the close relationship between the designer, an artisan workshop and an industrialised company. 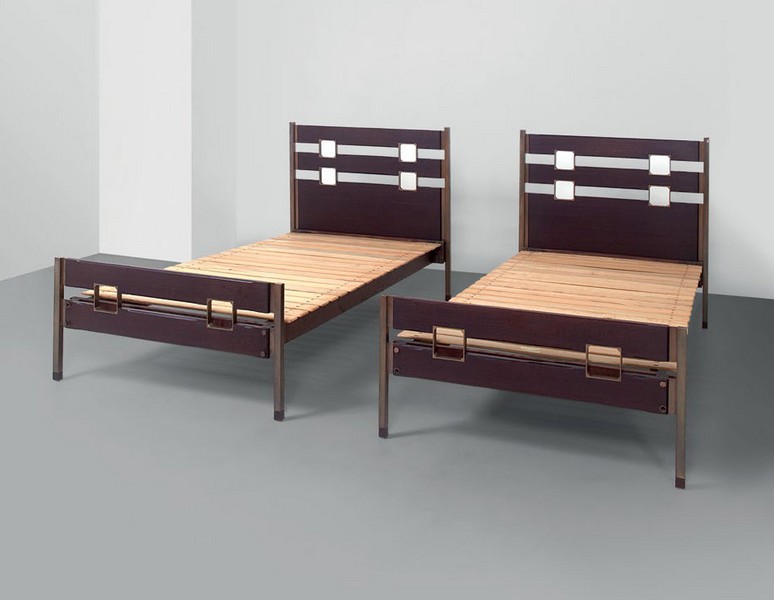 Sold with the name of Parisi 1, the bed was declined also in single version, of which only a few specimens were produced.
This rare pair in wengè wood complete with slatted frame in oak strips, bound to the head and footboard by means of visible pins in bronzed brass is from 1960.
Sizes: cm.90x200xh.46/92,5 each 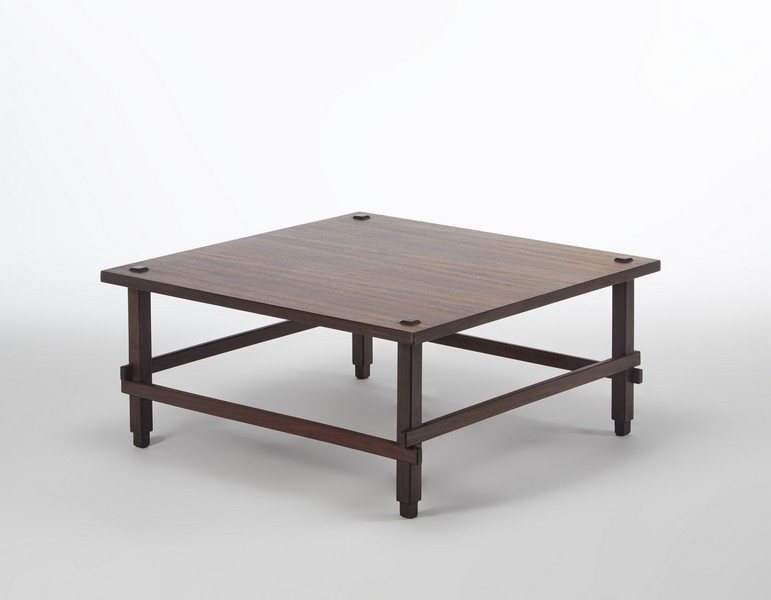 Dated 1955, also this refined square coffee table in rosewood, with supports raised beyond the surface of the top and stiffened by interlocking crosspieces placed on alternate levels was designed by Ico Parisi for Brugnoli Mobili.
Sizes: cm.80x80xh.35

Gianpaolo “Spartaco” Brugnoli died in 2003 and two years later also Brugnoli Mobili, considered one of the most qualified workshop in Cantù, closed. 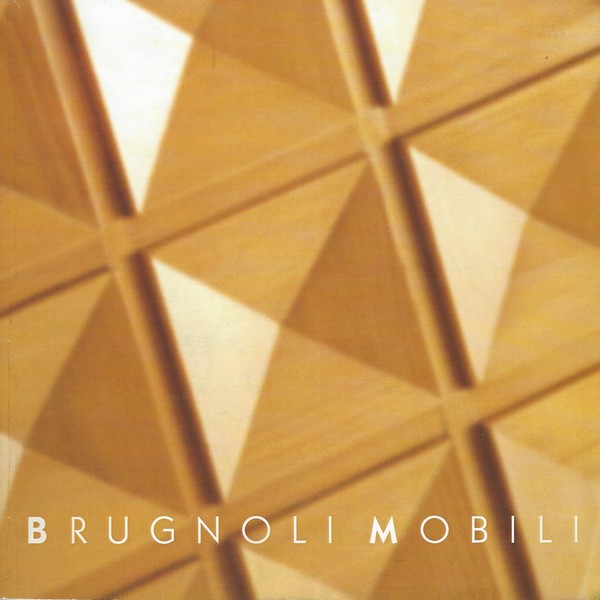 The works realised by this artisan company were never collected in a catalogue but many of those objects and the prestigious collaborations had with architects and designers can be found inside the homonymous book Brugnoli Mobili published in few copies in 2003.

Come to discover this wonderful story of Italian creativity in our historical department and in our bookshop.